Turning climate promises into action: what rich countries can learn from countries like Ethiopia

It’s undeniable that the world is in a climate crisis which will impact all countries – regardless of their development status. Warnings from the most recent IPCC report were stark and clear: we need to act now to avoid an uninhabitable planet. Already delayed by a year due to the ongoing pandemic, the fast approaching 26th UN Conference of Parties (COP 26) is generally heralded as a last chance saloon for halting this otherwise apocalyptic future. In just two months’ time, world leaders will gather in Scotland with the goal of thrashing out party commitments to secure a global target of reaching net zero emissions by 2050. The build-up to COP26 has seen a flurry of policy announcements and commitments – not least from the conference hosts, the UK government – but paying lip service to carbon reduction targets simply isn’t enough anymore. The world needs examples of meaningful policy actions – encouragingly, these examples do exist, though perhaps not in the places we would necessarily expect.

Global efforts to reach net zero: where are we?

G7 countries, which are among the highest carbon emitters in the world, recently pledged to halve their collective carbon emissions by 2030 (relative to 2010 levels). Individual governments have gone further - for example, the UK committed to ‘net zero’ by 2050, under its Climate Change Act (as amended in 2019). As yet, however, few accompanying policy measures have been introduced to meet these targets and the government has consistently failed to meet previous ones.

While on the lower end of the carbon emissions spectrum, developing countries remain disproportionately vulnerable to the impacts of climate change - with efforts to successfully implement climate mitigation strategies repeatedly impaired by a lack of economic cushioning. Before COP21 six years ago, only a handful of low-income countries had made any progress towards climate change mitigation - with the notable exception of Ethiopia.

Quietly getting on with it…

Ethiopia, which has complex topography and Africa's second largest population, is particularly vulnerable to the impacts of climate change. In an unprecedented move by a low-income country, it established the Climate Resilient Green Economy (CRGE) strategy in 2011. The strategy, which acknowledges the contribution that developing countries can make towards turning the tide on climate change, has positioned Ethiopia at the forefront of a handful of countries aggressively determined to reach carbon neutrality. According to the Climate Action tracker, Ethiopia is one of the few countries (along with Costa Rica, India, Kenya, Philippines and Bhutan) to earn a < 2 degrees compatible target for its Paris Agreement targets.

Importantly, the Government of Ethiopia assessed the country’s own climate vulnerability and then clearly articulated its intentions to meet its economic development goals in a ‘green’ manner i.e. to arrest the agro-ecological degradation rampant within its territory, ensure the abatement and avoidance of future emissions, and to seize the opportunity to capitalise on its significant renewable energy potential.

The CRGE strategy is couched in the wider national development plan (the Growth and Transformation Plan) to reach a GDP per capita of USD 1000 by 2025. Ethiopia submitted its First Paris Climate Nationally Determined Contributions (NDC) to the UNFCCC, in September 2017, wherein it committed to reducing GHG emissions by 2030 to 145 Mt CO2e, an approximated 64% reduction of emissions compared to a Business-as-Usual scenario in 2030.

Undoubtedly, financing climate mitigation will be one of the sticky issues for negotiation at COP26, for all countries, and particularly, for low-income ones. Indeed, Ethiopia's NDC states that full implementation is contingent upon an ambitious multilateral agreement being reached among parties that will enable it to get international support and stimulate investments in climate action. Importantly though, this hasn’t held things up or been used as an excuse to halt action. The Government has established an innovative funding mechanism – the CRGE Facility – to support the implementation of its ambitious strategy. The Facility, managed by the Ministry of Finance, is a single, national funding mechanism, intended to manage and coordinate international climate funds, donor funds and domestic funds. It’s unique amongst national climate finance mechanisms in the way it’s geared towards directing funding to different regions within the country. Arguably, this should help ensure that initiatives are tailored to the regional contexts they are operating in – important for ensuring value-for-money in a country that is topographically as diverse as Ethiopia.

For implementation of the NDC, it is estimated that a total expenditure of approximately USD 150 billion will be needed by 2030. This equates to 25% of Ethiopia’s current GDP. While a dynamic private sector is anticipated to play a strong role in mobilising some of the much-needed resources, international finance will also be crucial. The Government has already made significant strides here, securing around USD 30 million in grants through the Scaling-Up Renewable Energy Program for Low Income Countries (SREP) of the Climate Investment Funds (CIF). It was also awarded a USD 50 million grant in August 2020 from the Green Climate Fund for a climate resilience project.

Crucially, Ethiopia is demonstrating that growth doesn’t have to happen at the expense of climate targets – the ‘green economy’ is both achievable and desirable. Valuing natural resources is a key element in ensuring their protection – something noted in the recent Dasgupta review of biodiversity – and, in the case of forests as carbon sinks, already addressed by the UN’s Reducing Emissions from Deforestation and Degradation (REDD) programme. Ethiopia has been a UN-REDD Programme Partner Country since June 2011. Under this programme, the UN has supported the development of a capacity-building framework focused on, among other things, promoting strategic partnerships for forest sector development and the inclusion of REDD into multi-sectoral investment plans.

The REDD scheme is not without criticism – some argue that it simply renumerates countries with forested areas which would not be cut down anyway. In the case of Ethiopia, however, a robust afforestation and reforestation programme (the second largest in the world after efforts underway in the Brazilian Amazon), shows that more than ‘business-as-usual’ is possible with strong political buy-in at the most senior levels. This buy-in is reflected in the establishment of the Environment, Forest and Climate Change Commission      (EFCCC) and the reorganisation of the Ministry of Environment to align with emissions reductions work.

The transition away from fossil fuels and towards renewables will be another key item on the agenda in November – and like finance, is one that will be couched in controversy. Many low-income countries depend on extractive industries as a means to drive the economy and the transition to other forms of energy will not be an easy one. Even countries with few fossil fuel resources are looking to exploit what they do have – the UK Government, for example, has come under fire for failing to rule out approvals for new oil and gas projects in Scotland and the North East.

It’s encouraging therefore to see the steps taken in Ethiopia to future-proof this much needed move towards renewable energy. In a far-sighted move to facilitate the green development agenda through private finance, the Government established a Public Private Partnership (PPP) framework in 2018 that strongly favours green infrastructure projects: the two maiden projects procured under the framework in 2019 were solar power ones, with an additional 18 renewable energy projects in the pipeline.

There is a perception that developed countries are leading the way in climate change adaptation and mitigation, with a multiplicity of ambitious targets, but this is not necessarily the case. In spite of the vagaries of the COVID-19 pandemic, Ethiopia is a developing country that is demonstrably on track to achieving its climate-conscious economic development goals, through actionable policies that support contextually relevant and innovative solutions towards climate change mitigation. Ethiopia can be thought of as a first-mover in many respects and other countries should sit up, take note and follow suit. 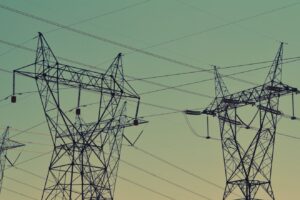 Powering the lift-off from poverty 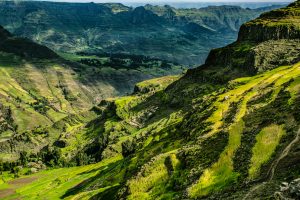 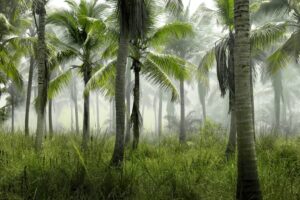 Getting money to where it matters